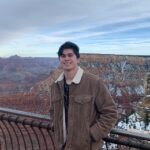 Connor is a senior studying Systems Engineering intending to pursue an accelerated Master’s degree in Data Science and works part time as an undergraduate research assistant at the Computer Science department. He is originally from the Houston, TX area. He is interested in fashion, photography, video editing, and enjoys playing video games. He is a member of Penn Philippine Association, the Penn Lens Pro Video Team, and Penn Aerospace Club. 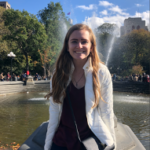 Lauren is a junior in the College of Arts and Sciences, with the intention to dual major in Psychology and Criminology. At Penn, she is a part of Christian Union and the ASL Club, Penn In Hand. Lauren has lived in several different places throughout her life, but for the past couple years, she and her family have lived in the Philadelphia suburbs. Her hobbies include watching football, reading true crime books, and drinking coffee. 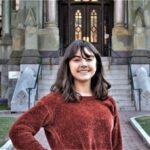 Catherine is a sophomore in the College of Arts in Sciences with the intention to major in Comparative Literature through the Russian and East European Studies and French and Francophone Studies Department. She grew up in Philadelphia, but recently relocated to Northern New Jersey where her family lives now. Catherine enjoys reading, a good cup of Irish Breakfast tea, and cooking various pasta dishes. At Penn, she is part of Christian Union and conducts research in the Russian and East European Studies department. 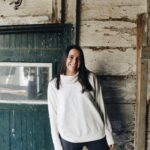 Jamie is a sophomore in the College of Arts and Sciences, planning to study Psychology and Hispanic Studies. She grew up in the Philly suburbs and is thankful to stay close to home while exploring more of the city. Her hobbies include photography, tap dancing, and baking (specifically chocolate chip cookies). At Penn, she is involved in Christian Union and Soundworks Tap Factory. 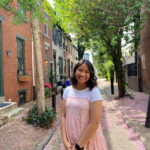 Emma is a sophomore in Wharton, studying Finance and Real Estate. She is from Natick, Massachussetts which is part of the Greater Boston area. At Penn, Emma is involved with the Newman Center. Her hobbies include long distance running and planting. She also loves knitting and crocheting, and she designs and makes a lot of her own clothing.

The Office of the Chaplain | SPARC